Strong reasons for the new WHO air quality guidelines

On 22 September 2021, the World Health Organization (WHO) revised its guidelines for air quality. The conclusion is clear: the limit values for air pollution must be lowered considerably in order to prevent damage to health and mortality in humans. Gerard Hoek of Utrecht University was involved in the study leading to the new WHO guidelines.

‘As associate professor at the Institute for Risk Assessment Sciences (IRAS) of Utrecht University, I’ve been conducting research into exposure to air pollution for the last twenty years or so. I do this work together with my colleagues, PhD researchers and also with organisations such as RIVM and UMC Utrecht. Our goal is to establish the extent to which air pollution is harmful to people’s health, both in the short and long term. To give one example, we investigate whether people who live in an area with heavy air pollution develop more cardiovascular diseases, COPD or lung cancer and whether the mortality in these areas is higher. But we also want to know whether temporary increases in concentrations during smog periods have an effect on breathing problems among children.’

Air pollution is already harmful to health at lower levels than we previously thought."

‘The WHO guidelines define the values for concentrations of air pollutants such as particulate matter, nitrogen dioxide, ozone, carbon monoxide and sulphur dioxide that are needed to prevent serious damage to health. These were last revised in 2005, and the new guidelines will present a considerable shock to many people. The guideline for particulate matter, for instance, was ten micrograms per cubic meter and has now been adjusted to five. This is just half as much, while we in the Netherlands are just beginning to approach the old limit value in many places. The limit value for nitrogen dioxide is being reduced even more: from forty to ten micrograms per cubic meter. Here too, the air quality in many parts of the country is still far above this level.’

‘There are strong reasons for the WHO announcing these changes now. Since the previous edition in 2005, much research has been conducted worldwide into the influence of air pollution on health and mortality. This research led us to conclude that air pollutants are harmful in much lower concentrations than we previously thought. So in 2015, the WHO started an extensive process to see whether the guidelines needed to be revised. A group of experts from all continents, including my colleague Emeritus Professor Bert Brunekreef, came together in the Guideline Development Group and commissioned systematic reviews of the most important pollutants present in the air. A review of this type brings together all the scientific literature on the theme and draws its conclusions on this basis. I myself was the driving force of the group that examined the influence of particulate matter on mortality. The newly issued WHO guidelines, however strict they may seem, are the result of six years of careful research, and so in my view, they should be taken very seriously.’

If we want to improve both our health and the environment, we need to accelerate introduction of environmental measures that have long been on the agenda."

‘I am curious to see how our own government, both local and national, and also the governments in other countries will respond to the new WHO guidelines. If we want to improve both our health and the environment, we need to accelerate introduction of environmental measures that have long been on the agenda. These include the transition to electrically powered transport, phasing out fossil fuels and making industry cleaner. A good initial step would be for the European Union to revise its limit values for air quality. That’s because these limit values are legally binding, while also being much too lax in terms of people’s health. Although the WHO guidelines have a strong moral status and are adhered to by many local authorities (such as Amsterdam and Rotterdam), they have only an advisory function.’

Webinar on the background and impact

Want to know more? October 14th, the Data and Knowledge Hub Healthy Urban Living will be organising a webinar in which various experts come together to discuss the background and impact of the new guidelines. What has changed? Why now? And how do we translate this into policy? Subscribe to the webinar or click here for more information. 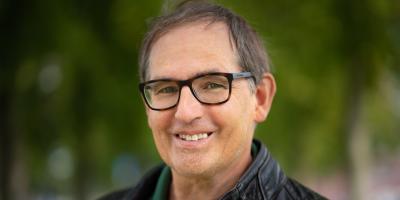